Like everyone else, I am attempting to formulate my New Year’s resolutions. In the past, I’ve found this a somewhat pointless endeavor: like most folks, I have tended historically to make them in order to break them. And then, 2012 happened. And I came to see the whole process in a brand new light.

See, when last year began, I was stuck in the mother of all ruts. Against all advice (because that’s how I roll), I spent 2006-09 working on a graduate degree in church-state studies. I’m sure that’s got you all scratching your heads. Be assured that you are in good company, or at the very least a large company. Explaining what that means to pretty much anyone is like trying to explain Shakespeare to a third grader: it’s do-able, but is it really worth the effort? Anyway, as it turns out, there are very few job descriptions built around whatever skill set that sort of degree confers–at least not explicitly. I have no real desire to go on to doctoral studies, mainly because I’d still like to enjoy reading when I hit forty. So, in the well-known panic that sets in after graduation–I gotsta have a job!–I grabbed for that most familiar of fruits: the low-hanging kind. And I ended up as a library cataloger. A “special collections” library cataloger, no less. Sound impressive? Yeah, not so much. I am a data entry monkey in a banana boat world. And apparently, I can’t get out. Where are the Orcs when you need ’em?

Furthermore, at about the time I landed this “cherry” of a job, I also decided to buy a house. Because that’s what grown-ups do. Here’s a tip: If your entire personality hinges on the need to explore and discover–if the wanderlust is in your veins–if you can’t look at a map without an involuntary twitch–DON’T BUY A COTTON-PICKIN’ HOUSE! In any case, don’t buy one in a city you hate in a state that makes you physically ill. (No state should have itself-shaped corn chips.) Because–and this is becoming a theme, I know–you can’t get out.

So, when you can’t flee, what do you do? Well, behavioral scientists will tell you that when flight isn’t an option, most creatures will fight. Or roll over and die.

Last year, melodramatic as it may sound, I decided to fight. I decided that it was time to put an end to several years’ worth of pity party and actually get something useful done. To stop waiting for the mountain to come to me, get out there, and pull a Mohammed.

I am a writer, so I decided to write. I resolved to finish my first book (which has been a dream of mine since grade school, really) by my next birthday. With a little help from my wife, who pointed me in the direction of a publisher that might be interested in a long-time pet project of mine, I set off on an eight-month journey back and forth across the Midwest and an educational tour of my own history. Both Tammy and I had our reservations about this, mind you, based on past experiences with New Year’s irresolutions, but nevertheless…off I went. And for once, my resolution stood. By the last week of September, I had submitted a completed draft to my publisher, and the book comes out on March 4. It would appear that, when pushed far enough toward the brink, even I can follow through.

Imagine my surprise when I discovered that New Year’s resolutions are a lot easier to honor when you mean them. Or when they really mean something to you. So, as an experiment, I’m going to try and hit paydirt again this year. So, after careful consideration, here are my resolutions for 2013.

Or, as Ryan Seacrest would say, here they are…right after the break. 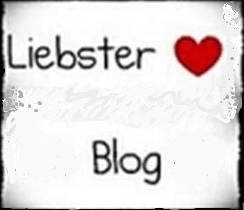 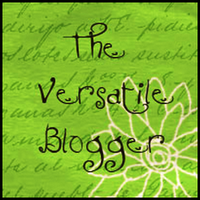